While growing up Kevin was influenced by his father Don R. Howell a nationally recognized fly tier and Rod Builder, Kevin Also garnered knowledge from his Uncle Dwight G. Howell also a nationally acclaimed fly tier, and his Grandfather Don D. Howell. Kevin earned a BS in technology and a BS in Education from Appalachian State University while fishing and hunting all over the High Country of NC and Eastern TN. After college Kevin returned to the area and took a teaching job so that he could have his summers free to fish. While nearing completion of his Master’s in Engineering, Kevin left his teaching job so that he could design houses for a living and have even more time free for fishing. 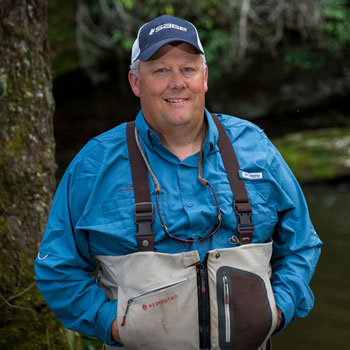 
Kevin Howell has been guiding the rivers and streams of Western North Carolina and East Tennessee since the mid-1980's. Kevin considers the Davidson River, Tuckaseegee River, and many small mountain streams his home waters. Join us to talk about fly fishing in the Great Smoky Mountains and find out which flies Kevin favors for these waters.

Bob Mallard has fly fished and guided the Maine waters for over 40 years.  Maine has the most diverse fly fishing opportunities in New England and is a popular destination for anglers seeking trout, landlocked salmon, striped bass, and a host of other game fish. Join us and explore the rivers, streams, ponds and lakes of this magnificent state.

Just a few of the questions asked and answered during the interview:

Kevin has been guiding the streams of Western North Carolina since the late eighties and knows most of the fish on a first name basis. While trout fishing has a special place in his heart, Kevin spends the majority of the year fishing and guiding for smallmouth bass. Kevin has also put his vast knowledge of the sport into developing our school curriculum, and was a Federation of Fly Fishers certified casting instructor.

Kevin is also a world renowned fly tier and is currently one of the Signature Fly Designers for Montana Fly Company. Kevin’s patterns have been featured in numerous magazines including Fly Fisher, Eastern Fly Fishing, Fish and Fly and Fly Fisherman Magazines.  In addition to fly tying Kevin is a Mater Rod builder and lure designer.

Kevin has been featured on Trout Unlimited Television, Fly Fishing America, The Three Day weekend on Home and Garden Television.  Kevin was also a member of Team Davidson River Outfitters, which were semi-finalist in the 2003 Fly Fishing Masters Competition.  In 2004, Kevin along with team mate Walker Parrott won the Southeast Qualifier for the Fly Fishing Masters, and placed 3rd over all at the National competition.  In 2006 Kevin along with fishing partner Rick Hartman won the Fly Fishing Master’s National Championship.  Kevin was also the 2006 winner of the individual Mater’s championship.   Kevin has also won the Rumble in the Rhododendron and The Harman’s Invitational tournaments. Kevin has also won several casting competitions including the 2006 Redbone Charity Casting event held at the Atlanta Fly Fishing Festival.

Kevin has also Authored “The Southeast Fly Guide” a hatch book designed to help southern trout anglers understand what flies to use when.  He also completed the book “Tying and Fishing Southern Appalachian Trout Flies” which his father had started before he passed away in 1998.  Kevin was a contributing Author to “The Fifty Best Tailwaters in America”, “25 Best National Parks to Fly Fish” and co-authored “The Fifty Best Places to Fly Fish Southeast” .  Kevin’s latest book “ Favorite Flies for the Great Smoky Mountains” was just released by Stackpole.

In 2015 Kevin was appointed by the NC Legislature as a founding member of the North Carolina Outdoor Heritage Council and North Carolina Outdoor Heritage Trust Fund. Kevin has also served as the President of the Brevard Transylvania County Chamber of Commerce, and a member of the Transylvania County Tourism Development Authority.

When not guiding or tying flies Kevin can be found fishing in his home waters with his two sons David and Andrew and his wife Mellissa. 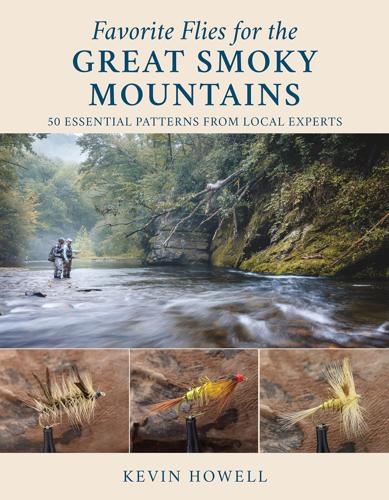 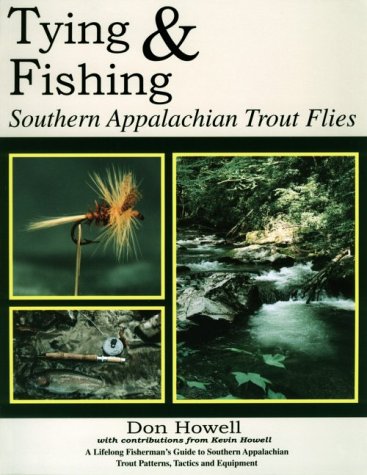