Phil Rowley, At the age of 6 Phil Rowley was introduced to coarse fishing in England and has been hooked ever since. For over 20 years Phil Rowley has been fly-fishing stillwaters almost exclusively. His love of stillwater fly fishing has taken him all over British Columbia and Washington in the pursuit of trout and char. 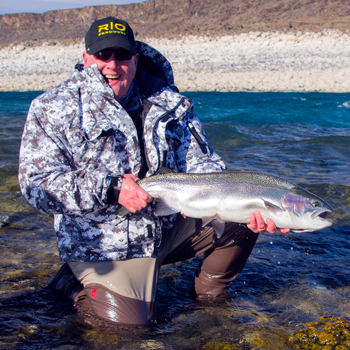 
Phil Rowley is well known for his mastery of lake fishng. In this show you'll learn Phil's secrets and techniques to fly fishing for trout with Chironomids and other hot flies.


Phil Rowley goes beyond basic strike indicator chironomid techniques and explores techniques and setups for deep water indicator fishing, the dry line long leader technique better known as the naked technique, and sinking lines including 'dangling' where we fish straight up below the boat - the takes with dangling are heart stopping!

Phil's first book, Fly Patterns for Stillwaters, is a best seller. In 2014, Phil was the proud recipient of a Lifetime Achievement Award from Fly Tyer magazine, and in 2017 the Jean-Guy Cote award for his contribution to Canadian fly tying.

In addition to his writing, Phil has five instructional DVD's. In 2018 he, along with good friend Brian Chan, released the Stillwater Fly Fishing App. The app is a unique hand-held resource containing hundreds of 'how-to' videos dedicated to the challenges of fly-fishing lakes. Recently Phil and angling friend Jordan Oelrich began providing online learning through the Stillwater Academy Phil was also a competitive fly fisher. He was a member of the gold medal-winning team at the 2017 Canadian Fly-Fishing championships. 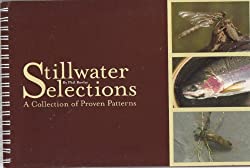