Peter Moyle was brought up fishing in Minnesota lakes. After acquiring an MS in Conservation from Cornell University, studying brook trout in Adirondack lakes, he returned to Minnesota and its lakes for a PhD.  He moved to California in 1969 and began his studies on the ecology, conservation, and status of California’s freshwater fishes including salmon and trout. In 1972, he moved to the University of California Davis, where he still serves as an emeritus professor. He established his reputation as a fish biologist by authoring the definitive book on California fishes, Inland Fishes of California (1976), which was revised and greatly expanded for publication in 2002. 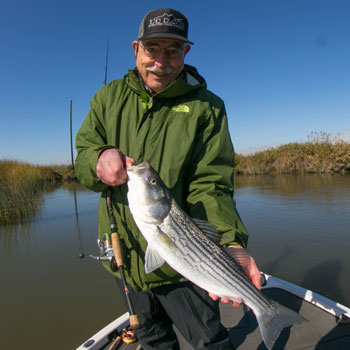 
Fisheries Conservation Now And In The Future


Dr. Peter Moyle was recognized by Fly Fisherman Magazine as the 2020 Conservationist of the Year for his lifetime of conservation work in California and in watersheds across the West. Peter's forward-thinking and get it done attitude has saved and restored fisheries across California including McCloud River, Putah Creek, the San Joaquin River and the Klamath River. Listen in to find out how Peter identifies and works through the issues associated with saving and restoring these fine fisheries.

Just a few of the questions asked and answered during the interview:

One of his early projects was the study of the fish of the lower McCloud River, which showed that bull trout had been extirpated from the river (and California) but that rainbow and brown trout in the river could sustain a catch-and-release fishery.  The McCloud became one of first rivers to have such a designation in California. Subsequent work on salmonids include documenting, with Ron Yoshiyama and others, the history of declines of Chinook and coho salmon in California. The coho work eventually resulted in coho being listed as a threatened species in California. While his research program has focused on fish conservation statewide, particularly notable have been studies on fishes of the Pit River, Eel River, the Sierra Nevada, and the San Francisco Estuary, the latter leading to the listing of delta smelt as a threatened species.  Other projects have included:

(a) Studies of regulated streams, showing what it means to keep fish in ‘good condition’ below dams, have resulted legal actions that have increased flows in rivers for salmon, trout, and other species (under section 5937 of the Fish and Game Code).

(b) Studies artificial or restored floodplains, have shown their importance for rearing juvenile Chinook salmon and other fishes.

(c)  Systematic evaluation of the status of all 32 ‘species’ of native salmon and trout in CA, with management recommendations.