Norm Zeigler is an internationally known author and journalist. His current book, Snook on a Fly, was published in November 2006 by Stackpole Books. His previous book, Rivers of Shadow, Rivers of Sun: A Fly Fisher’s European Journal, (Downeast/Countrysport Press) received outstanding reviews from Honolulu to Germany.

Norm is one of the foremost fly fishing writers in the United States. Some of the publications in which his work has appeared include The New York Times, Gray’s Sporting Journal, Fly Fisherman, Fly Rod and Reel, Northwest Fly Fishing, Art of Angling Journal, Sporting Tales Journal, Florida Sportsman, The FFF Fly Fisher, Nieuwsbrief, The FFF Quill, Der Fliegenfischer, Eastern Fly Fishing and Saltwater Fly Fishing. 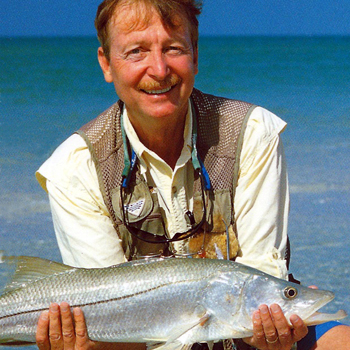 
Snook On A Fly


Norm Zeigler an internationally known author and journalist literally wrote the book on snook. Norm has spent the last 18 years chasing and catching this elusive gamefish. Listen it to hear Norm share his secrets on snook.


Norm Zeigler interviewed twenty-one famous people who fly fish and has published his interviews in his latest book Famous Fly Fishers. These people are famous for what they have done in their careers and not for their contributions to fly fishing. Politicians, businessmen, bankers, musicians, astronauts, scientists and artists are just a few of the professions these fly fishers represent. Listen in while Norm tells us their stories of why they fish and what this great sport means to them. Whose stories will he tell? You'll have to join us to find out.

Norm is one of the foremost fly fishing writers in the United States. Some of the publications in which his work has appeared include The New York Times, Gray’s Sporting Journal, Fly Fisherman, Fly Rod and Reel, Northwest Fly Fishing, Art of Angling Journal, Sporting Tales Journal, Florida Sportsman, The FFF Fly Fisher, Nieuwsbrief, The FFF Quill, Der Fliegenfischer, Eastern Fly Fishing and Saltwater Fly Fishing.

From 1979-1994 Norm worked for European Stars and Stripes, the daily newspaper (daily circulation 135,000-230,000) for Americans in Europe. From 1988-1994 he was the paper’s travel/outdoor writer. At the Stars and Stripes his travel assignments ranged from Moscow to Edinburgh, from Copenhagen to the Greek Isles and many places in between. His outdoor assignments included: goose hunting in Eastern Germany; chamois hunting in the Bavarian Alps; trout fishing in Scotland, Denmark, Spain, Germany and other places; pheasant hunting in Yugoslavia (when it still was Yugoslavia); skiing in Austria; and camping throughout Europe.

He also covered major breaking news, including the exodus of ethnic Germans from the Soviet Union, changes in the Soviet Union under Mikhail Gorbachev and Vice President Al Gore’s 1993 visit to Warsaw.

During his years in Europe he also took a leave of absence from European Stars and Stripes to work for the fledgling Cable News Network (CNN). In addition, he translated and edited the 288-page Das Grosse Porsche Buch (the English title was Porsche: Portrait of a Legend) for Hoffmann und Campe Verlag of Hamburg, Germany.

Norm grew up gauging the seasons by the weather and wildlife on the marshes, estuaries and kettlehole ponds of Cape Cod. He received a BA in English, with a minor in biology, from Clark University in Worcester, Mass. Before moving to Europe, he traveled extensively around the United States and Canada.

Norm is a member of Trout Unlimited, the Federation of Fly Fishers, the Outdoor Writers Association of America and Ducks Unlimited. He speaks and writes fluent German and has a private pilot’s license.

In November 1994 he moved with his wife, Elizabeth (Libby) Grimm, and their two children, Travis and Katrina, to Sanibel Island, Florida. Norm and his family now divide their time between Sanibel and Dillon, Montana. 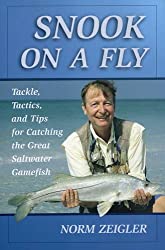 Snook on a Fly: Tackle, Tactics, and Tips for Catching the Great Saltwater Gamefish (Fly-fishing Classics)