Jim McLennan is a native Albertan and was one of the first guides on Alberta's legendary Bow River, working the river from 1976-1982. During that time he introduced the Bow to top fly fishing writers like Lefty Kreh, Gary Borger, Ernest Schwiebert and Doug Swisher. From 1982 until 2000 he was co-owner of Country Pleasures, Calgary's first fly fishing store. He traveled the northwest as Regional Business Manager for The Orvis Company from 2000 until 2004. 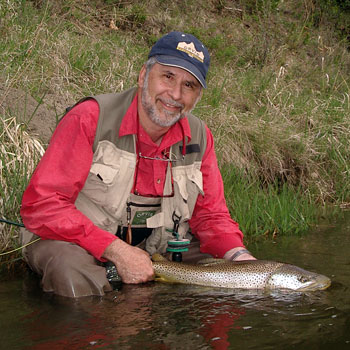 
Learn from famed angler Jim McLennan, one of the first guides on the Bow and Editor At Large for Fly Fisherman magazine, what makes this river tick. He literally wrote the book - "Blue Ribbon Bow"- on the river which has served as a resource for many in successfully dealing with the complexities of this famed stream.

McLennan has recently been named Editor-At-Large for Fly Fisherman magazine, and his writing and photography appears frequently there and in other major outdoor magazines, including The Canadian Fly Fisher, Outdoor Canada, Fly Fusion, and Gray's Sporting Journal. In addition Jim has written three fly-fishing books. Blue Ribbon Bow was initially published in 1987, and received the Outdoor Book of the Year Award from the Outdoor Writers of Canada. It was revised and updated in 1999. Trout Streams of Alberta, a Canadian best-seller, was published in 1996 and received the Andy Russell Nature Writing Award. His latest book, Fly Fishing Western Trout Streams, was published by Stackpole in 2003.

Jim hosted two seasons of the television series Iron Blue Fly Fishing, for the Outdoor Life Network, and is a frequent speaker at events sponsored by fly fishing clubs and conservation organizations throughout North America.

He lives with his wife and three bird dogs in Okotoks, Alberta, where he splits time between fishing, hunting, writing, and teaching fly fishing. 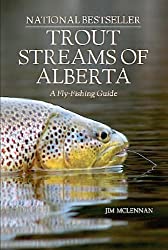