He has written articles for The Drake, American Angler, Fly Fisherman, Fly-Fishing and Tying Journal, Northwest Fly Fishing, and other national and regional publications. He was outdoor columnist for the Port Townsend Leader and Peninsula Daily News for a number of years.


Doug Rose, a professional guide in the famed Olympic Peninsula of Washington, takes us through the area from the rainforest and oyster country to the coast and backcountry. Chinook, chum, coho, pink and sockeye salmon are all available along with winter and summer steelhead, resident rainbows, coastal cutthroat and native char. It's like fly fishing heaven! Join us to learn where, how and when to fish this beautiful world-class fishery.

His guiding focuses on steelhead and sea-run cutthroat trout on the rivers of the peninsula's remote West End and saltwater cutthroat fishing along the beaches, estuaries and tidal creeks of the Olympics' eastern shore. Rose has been actively involved in conservation of the Olympic Peninsula's cold water fisheries and ecosystems for many years. He is on the board of directors of the Northwest Watershed Institute, which works to protect Tarboo Creek and its nearshore reaches, was an advocate and spokesperson for the Wild Olympics Campaign, and wrote for more than two decades on removing the dams and restoring the wild fish runs to the Elwha River. One of the high points of his career was covering the ceremonies to celebrate the beginning of Elwha dam removal last fall for American Angler and Northwest Fly Fishing.

Two areas of particular interest for Rose are the Spey flies created by Syd Glasso and Dick Wentworth for Olympic Peninsula steelhead and the diets and behavior of sea-run cutthroat while they are in saltwater. In recent years, Rose has become good friends with Wentworth and has learned much of the lore and history surrounding the development of the steelhead Spey flies and is the only person for whom Wentworth has demonstrated how to tie his flies. Rose and his good friend, Ron Hirschi, a fish biologist and life-long cutthroat fly fisherman, regularly conduct seining clinics along the east side saltwater beaches to demonstrate the marine creatures that the fish prey upon and then discuss the fly patterns and presentations that imitate them.

Doug was one of the first anglers to discover the importance of chum fry in the diet of cutthroat in saltwater during spring, and his fly, the Keta Rose, is a popular chum fry dressing. Last spring, Rose, Hirschi, and well-known saltwater fly fisherman and innovative tier, Jeffrey Delia, hosted the first annual "Cutts and Chum" weekend seminar that focuses on the relationship between chum fry to cutthroat and which included presentations by a number of expert Puget Sound saltwater anglers and tyers. During the course of his 30 years on the peninsula, Rose has lived in a cabin on the Elwha Riverand , a trailer in the woods near Port Townsend, along a Hood Canal saltmarsh, on the Quinault Indian Reservation and as the resident caretaker at the Dungeness National Wildlife Refuge.

Doug's books can be found on Amazon here. 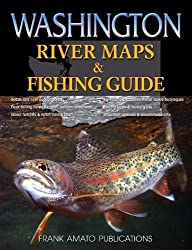 Fly-Fishing Guide to the Olympic Peninsula

Steelhead Fly Fishing on the Olympic Peninsula (The Color of Winter)