Doug Gibson has been fishing for over 56 years. He started guiding in 1972 has over 4,000 trips under his belt and was instrumental in starting the guide program at Three Rivers Ranch when it began in 1974. A true gentleman, his expertise and experience are not only admired by his guests and peers but were also recognized by Orvis, when he received the Orvis Guide of the Year & Orvis Lifetime Achievement Awards. 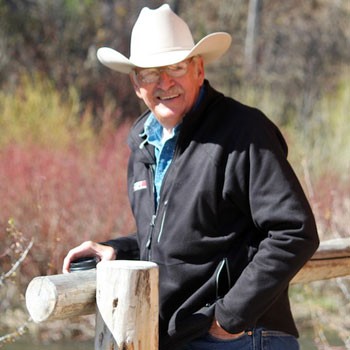 
The Henry's Fork: A Half Century of Fly Fishing


Doug Gibson, a professional guide in Idaho, has been guiding for over 40 years on the Henry's Fork. After over 4,000 trips under his belt, he knows this river better than most. The fish in the Henry's Fork are some of the toughest trout on the planet to catch but Doug knows the strategies and tactics to get them hooked up. Join us on this podcast and hear Doug’s expert advice on fly fishing the Henry's Fork.

Having spent his entire life in the Eastern Idaho area, Doug possesses a comprehensive knowledge of the region’s rivers and streams, flora, fauna, mountain ranges, and history. His love of fishing has taken him to many other parts of the world, including Massachusetts, Missouri, Florida, Bahamas, Canada, Chile, and the upper northwest.

Doug began fly-fishing with two friends Bud Park and Wally Welsh. After a few years, Doug began tying his own flies and tying commercially. Vern Bressler eventually asked Doug to go to Jackson Hole, Wyoming to start tying flies for River Meadows. He tied flies for Vern, then Renee Harrop and Orvis. Eventually, Vern asked Doug to guide; Doug has been doing it ever since.

He has also been working with, and for the Orvis Company for over 50 years. He holds the company and its products in the highest regard. He also refers to the entire crew at Orvis as family.

Over his fly tying career, he takes credit for inventing 10 to 15 patterns, but as humble as Doug is, we know it’s way more than that. The most popular patterns are his Dragonfly, Damsel, light variant, or one of his hopper patterns.

His attention to detail, gift of gab, and extraordinary ability to know where the fish are, have all contributed to clients to return to fish with him and Three Rivers Ranch year after year. In fact, Doug has clients that have been fishing with him for over 40 years, many client’s children, and even grandchildren.

Even if he doesn’t know precisely why he got started in his career as a fly-fishing guide, he knows why he does it. It’s to make a person’s day better. He said, “As long as they are having a great time, that’s what counts.” His advice to any beginning guide, “You need to treat someone like you want to be treated.”

Doug was born in Newdale, Idaho, and still resides there with his wife, Sandra. He still guides a few days a week on the Henrys Fork at Three Rivers Ranch and he continues to be an inspiration, mentor, cowboy, good-ole-boy, and a fishing buddy for all that know him.