Don Crane grew up in Colorado in a family that loved to hunt, fish and camp. He married his high school sweetheart in 1965 and graduated from Colorado State University in 1967 with a BS Degree.

His career as a District Wildlife Manager with the Colorado Division of Wildlife began on July 1, 1968. Don was first stationed at Saguache in the San Luis Valley of Colorado, he then transferred to Rifle, Colorado in 1972. 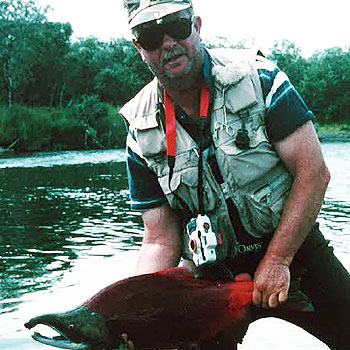 
Don Crane has floated many western US and Canadian rivers but Alaska's have always been at the top his list. Short on cash? Self-guided fishing expeditions may be the way to go. Listen in to hear Don tell you everything you need to know about putting together a productive, inexpensive and organized trip to Alaska.

He retired from the Division of Wildlife at Rifle in 2000 and moved to Cody, Wyoming that same year.

Don worked at and guided fly fishermen for a Cody fly shop in 2002 and 03. In September of 2003, he started selling African safaris, worldwide fishing and wing shooting vacations for Safari Outfitters in Cody and is still doing that today.

Internationally, Don's fished several rivers in Canada including the Bow, Elk, Crowsnest and the Bella Coola. Don spent a month fly fishing many of New Zealands rivers which was a highlight of his fly fishing experience as was fly fishing some of Costa Ricas jungle rivers. 2010 took him on a fly fishing vacation to a remote part of Saskatchewan for walleye and pike which was something new and quite enjoyable.

Don has been involved with fishing and hunting for as long as he can remember and has been a fly fisher for approximately forty-five years.

Don continues to give back by teaching wildlife conservation and fly fishing, which has also always given him great satisfaction.

To order Floating Alaska! Self-Guided Fishing Expeditions and have it mailed anywhere in the U.S., please send a $10 check or money order to: Don Crane, 114 Siddle Drive, Cody, WY 82414.
The cost per book including postage to Canada is $12. 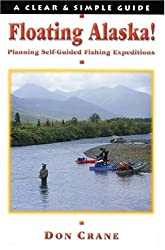