In 1964 a 10-year-old boy caught his first fish with his father’s dusty old bamboo fly rod. More than a three-pound largemouth bass got “hooked” that day. Chip O’Brien has been fly fishing ever since and sharing his adventures, photographs and quirky humor with others. 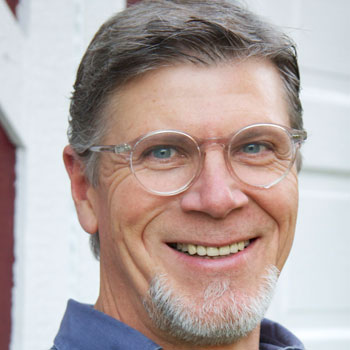 
Chip O'Brien, a professional guide in California for 18 years, provides us with a overview of California's wild-trout waters from Northern California to the Eastern Sierra.

O'Brien always wanted to be a fly-fishing writer/photographer, and takes his avocation seriously. He has authored hundreds of articles in magazines including Fly Fisherman, Northwest Fly Fishing and California Fly Fisher, and his books are available through Amazon.com. He also moonlights as editor of Active NorCal magazine.

While living in Northern California O'Brien served as president of Shasta Fly Fishers six times and was named “Fly Fisher of the Year” and “Doc Graves Fly Tier of the Year." He guided northern California‘s best trout waters and taught fly fishing classes at the local junior college for over a decade. He is an FFF Certified Casting Instructor.

After moving to Oregon seven years ago because of a woman, O'Brien now teaches high school English and Digital Photography. He also advises the Regis (High School) Fly Fishers, a devoted group of young anglers who will sustain our fisheries in the future. Teaching allows him to take summers off, cherished time he spends exploring the fly-fishing venues all over the West, usually on his motorcycle.

Beyond all these things, O'Brien also possesses an astonishing gift for attracting any whitefish, pikeminnow or nasty sucker within a ten-mile radius, allowing other anglers to have better access to trout. –You’re welcome.