Chester Allen, a fly angler since childhood, fell in love with sea-run cutthroat fishing when he moved to Olympia, Washington in 1996 to join the staff of The Olympian newspaper. Olympia, located at the southern end of Puget Sound, is ground zero for some of the best sea-run cutthroat trout fishing on the planet. 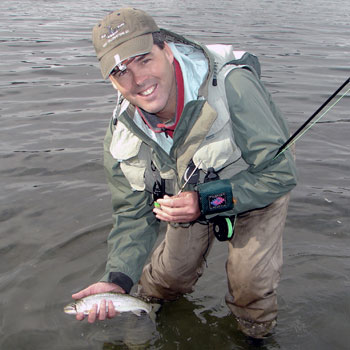 
Chester Allen has been fly fishing for sea-run cutthroat trout for over 15 years. Listen in to hear his secrets and strategies for chasing these beautiful and aggressive feeding cutts, including in-depth information on how to figure the tides, find the best beaches, and how to rig for success.


Chester Allen has fished the migration run of the rainbow and brown trout from Montana’s Hebgen Lake into Yellowstone National Park’s Madison River during the fall for many years. Join us and learn about where to fish, what flies to use, and how to find the best water for very large trout!

Most of this fishing is in the salt water of Puget Sound. Chester eventually managed to become the paper's outdoor columnist -- a position he held from 2001 to 2010. Chester is now executive editor of Sports Car Market magazine, which is based in Portland, OR. A graduate of the University of Oregon School of Journalism and Communication, Chester has worked for Northwest newspapers and magazines for more than 20 years.

Chester's book, Fly Fishing for Sea-Run Cutthroat was published in 2012. Sales and reviews have been good. Stackpole is the publisher.

Chester still makes the short run to Puget Sound several times a month to pester sea-run cutthroat trout. He loves to explore Puget Sound's world-class cutthroat fishing, and he will discuss in detail how to find a good beach and how to use a tide table to improve your odds of hooking a few fish.

Chester is now working on his second book, which will explore the odd corners -- and the often-weird tactics -- in fly waters throughout the Northwest and the Rocky Mountains. Chester's blog is www.watermagic.typepad.com. 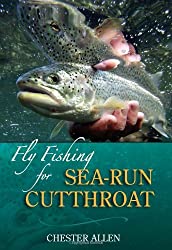