Tips and Tricks That Will Make You A Better Fly Fisher 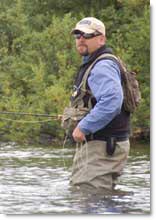 A fly fisher’s main aim is not just to catch trophy fish but to continuously improve in the sport. One cannot simply remain an amateur. So if your goal is to become a better fly fisher, you must know how to go about it. What are the tips and tricks to become a more advanced and skilled fly fisher? You may want to listen to our show as expert fly fisher Kirk Deeter discusses some of his best tips and techniques.

Kirk is known for his offbeat story angles - from chasing mako sharks with flies, to dorado fishing in the Bolivian jungle, to scuba diving as "Going Deep" with trout, bass, walleye, and pike. He is an editor-at-large for Field & Stream and host of the magazine’s "Fly Talk" blog at Fieldandstream.com. He co-authored his latest book called The Little Red Book of Fly Fishing with the late Charlie Meyers, a longtime outdoors writer forf the Denver Post.

There are four key areas in fly fishing. The first thing is to figure out how to make the cast; second is to decide what to tie on the line at the end of the cast; third is to make sure that when the fly hits the water, it’s presented in a way that fish want to it eat; and lastly, read the water and know where to put the cast.

One thing that anglers often struggle with is effectively casting in the presence of heavy winds. To be able to manage the wind, one must make friends with the wind. The first thing to do is to realize that if you have a head wind pointing in your face, it is actually a good thing and not intimidating as people usually think. It actually aids your cast when you load your rod and drive the power into your rod.

Spending too much time casting up over your head especially with a weighted nymph rig can result in bad things happening. It can either spook the fish or tangle you up. To avoid spooking the fish as well as avoid 90% of the tangles, the best thing to do is just simply spend more time roll casting, letting the rod go with the line until it’s taut with the current below the run and then just simply lift it and point where you want it to go and drive the cast down.

The color of the fly line doesn’t have anything to do with spooking the fish. It actually matters not for the fish but for the angler. If you can see the behavior of your fly line better with a certain bright color, then you can go ahead and use it. But whether you’re using a bright orange color or a camouflage fly line and it makes a splash overtop of the fish, you are still going to spook them. To avoid spooking fish, use a soft-landing leader instead.

One of the most common errors people make in casting is making too many false casts over the run. Waving too many false casts over the fish really diminishes your chances of catching one. So if you need the false cast to let line out, it is better to make them behind your target and then adjust for your final delivery cast to put that on the target. Another error is that a lot of people tend to over snap the rod or overpower it which causes a tailing loop. The typical solution for this is to just let the swing and the cast happen.

The number one clue to look for on emergers is the fish behavior. If you are watching a run and see action, waves, ripples, and fins, although you’re not seeing the mouths or snouts of the fish come out, it means that they are eating emergers. Water where it’s moving two feet per second is where the best emerger action happens.

One of the top concerns in wading is that the noise might spook the fish. People often wonder if it’s better to wade a little closer to where you can see the fish rising as opposed to stretching out the cast a few feet further. According to Kirk, if you’re wading, make sure to be careful not to wade out in the middle of the river since the fish are going to hang on both sides of the river usually closer to the bank. Focus instead on runs that close to the bank even if it means sacrificing one side of the river. A better thing to do would be to fish one side of the river thoroughly before finding a good spot to cross then go on the other side of the river. Don’t go back and forth since this will drive the fish out of your casting range.

Knowing what trout are feeding on contributes a lot on fly fishing success. If you want to know what the fish are eating, try to sit for 10 minutes and watch the river and try to determine how they are rising. A bit clear and splashy chase-type rise indicates that they are eating a caddis fly. A slow, methodical tripping up of the nose signifies eating mayfly. If you’re watching a fish and it suddenly inhales, it means that it’s feeding on terrestrials like an ant, beetle or a grasshopper.

Kirk encourages everyone to try a hand at nymph fishing. Nymph fishing is three-dimensional fishing as well as a good challenge – it brings out the best in you. An advanced technique is straight up high stick nymphing with a strike indicator. This is the simplest drift you can get. More advanced techniques means going back into more traditional things like swinging, casting across downstream, making a big cast, mend in the line, letting the fly sink and swing it in front of a rock and then have them lift it as if they were emerging bugs right in the strike zone.

Listen to our full interview with Kirk Deeter and learn more tips and ticks that will make you a better fly fisher. 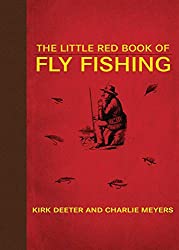 Trout Tips: More than 250 fly-fishing tips from the members of Trout Unlimited 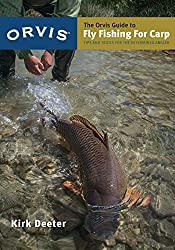 The Orvis Guide to Fly Fishing for Carp: Tips and Tricks for the Determined Angler 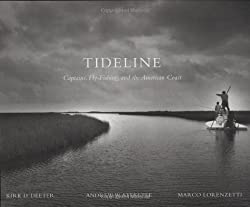