Rene Limeres has spent hundreds of hours guiding and fishing for the legendary taimen in Russia. Learn from Rene about this unusual fish and what it takes to hook and land fish that can get up to 200 pounds. 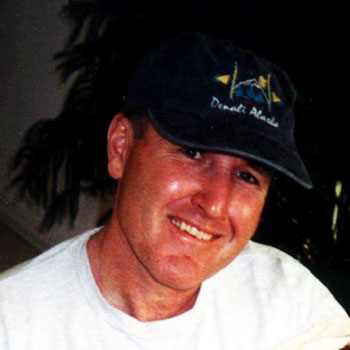 Listen to other shows with Rene Limeres…

Imagine if you will, landing a fish that is over 100 years old and weighs close to 200 pounds. That would certainly be a fish tale for the ages. Believe it or not, you could have an opportunity like that, but it might mean flying into Russia and fly fishing for Siberian taimen along rivers that have been dubbed the “last frontier.” This is the same region where the record breaking 243 pound taimen was hooked just after WWII. Could a distant “cousin” of the behemoth still be lurking in these waters? There is only one way to find out and that’s with a one-of-a-kind fly fishing adventure guided by Rene Limeres.

With his company Ultimate Rivers, Rene has been guiding tours into this region of eastern Russia since the late 80’s and he knows all about the Siberian taimen. Fortunately for fly fishers the world over, Rene is happy to share what he knows about catching these incredible specimens. Rene is an accomplished photographer, author and homesteader. His book, Alaska Fishing: The Ultimate Angler’s Guide is now in its third edition and is consider by many to be the quintessential tome of fishing in the wild frontiers of Alaska. As fulfilling as a trip to Alaska might be for any angler, there is no escaping the fact that it’s getting a bit crowded up in the Yukon. That’s why guides like Rene have always been on the lookout for new fishing territories to explore.

Back in the late 80’s, Rene began reading news stories about these humongous fish being caught in Siberia and just had to find out for himself if the stories were true. This meant entering into negotiations with the Soviet Peace Committee. This group was in essence an off-shoot of the notorious KGB. At first the Russians were very suspicious of these Americans who wanted to fish their waters. Clearly, they must have been after something else. It took Rene and his fellow anglers a few trips of “just fishing” before the Russians accepted their notion of serious sports fishing.

On most of the Ultimate Rivers adventures, Rene and his team will be taking anglers to the Russian far east. This is where you'll find the tributaries of the lower Amur River which is a feeding ground favored by the Siberian taimen. The taimen is recognized for its classic trout shape: large mouth and a very sleek and slender body. This is also a salmonid type of species which means you’ll find adipose fins and small scales. Colors on the taimen can range between a tarnished silver to a bronze. And yes, these fish can live up to 100 years and keep growing throughout their entire lives. In fact, it’s not unusual to find three generations of local fisherman who all have legendary stories of trying to land the same taimen throughout their family’s history.

There are two great windows of opportunity for fishing the Siberian taimen and those would be late spring in May to June or the fall between September and October. A typical excursion lasts for 9 to 12 days and consists of a float trip down the Amur River. Each night, you’ll be camping along that river in classically designed huntsman lodges and camps. Towards the end of the trip, you’ll be staying at a larger base camp where you’ll be able to go out in motorboats to chase down the taimen. These big fish are known to make a good run and it’s best to be prepared for that. Rene recommends a spey rod and a “big water fly fishing” attitude. For flies, Rene suggests lemming patterns tied with rabbit’s fur or buck tail. Oversized deceivers work well too like anything that imitates a fish or rodent. Yes, the Siberian taimen need to be tamed and are definitely a fish to be reckoned with!