Rick Takahashi considers midges the most important year-round foods source for trout and they are in almost every stream and lake around the world. Listen in to learn about tying and fishing midges that will work no matter where live. 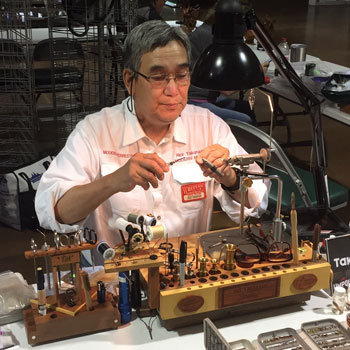 Listen to other shows with Rick Takahashi…

Fly fishing with midges is very popular in the angling world. Midges are one of the most important insects in fly fishing. They make up a huge portion of trout diet. So if you’re looking forward to a productive trout fishing experience, it doesn’t hurt to carry these around. But how can you really make sure that these midges will really attract these fast and spooky trout?

Rick aims to share his knowledge on the various aspects of fly fishing and fly tying to his fellow anglers. “It’s the teacher in me that wants to share knowledge on an activity that has meant so much to me,” he says.

Rick has used his talents to bring others into the realm of fly tying. He is a demonstration fly tier and often displays his skills at local and regional venues such as the Denver Fly Show, International Sportsmen’s Exhibition, Federation of Fly Fisher’s Conclave and various regional fly shops near Denver. He is currently working on a presentation of Midge Fly Fishing for his local Trout Unlimited Chapter. He has written his first book Modern Midges, Tying and Fishing the World’s Most Effective Pattern, with his fly fishing partner and co-author, Jerry Hubka.

A midge or a chronimid, is a very small insect similar to a mosquito. It belongs to the species Diptera, which is a true two-wing insect. The basic life cycle of a midge is a complete metamorphosis. This means that it goes from an egg, to a larva, to a pupa, to an adult. Generally, the larva is referred to as the midge.

The larva lives at the bottom of the benthic layer of the water environment. A lot of times, they are found in silt and very low oxygenated water. Larvae found in oxygenated water are red because they store oxygen, which help them form hemoglobin in their body. A larva looks like a worm or a piece of thread when you see it in the water.

A lot of people mistake larvae midges to an annelid, or the other way around. The fact is, annelids are aquatic earthworms – a whole lot different from a midge. Midges are very important because they are very abundant in the water.

The pupa stage is a very important part in a midge’s life cycle. They are a very essential food source for trout. Most of the patterns that Rick and his friends use are pupa tied patterns. The reason for that is that the pupa is readily available to the trout en masse. The trout may be in a water column where the current is not very swift and there are millions of midge pupas ascending to the surface. All the trout has to do is just stay in position, open its mouth and capture all of these midge pupas as they are ascending to the surface. Since they are very minute, the trout has to eat tons of them.

Another reason why midges are important is that they are available in the water all year long, especially for trout on some tailwaters. For other insects, the water may be too frigid for them. In lakes, trout could consume 50% or more of food source that they intake to be midges.

According to Rick, midges are pretty much alike all over the world. "No matter what piece of water I go, I probably use a very similar type of pattern."

When Rick goes out fly fishing, he usually carries a red thread larva, a mini bow tie buzzer, a crystal flash midge pupa, a zebra midge pupa, some attractor-type midge pupa like a disco midge, and a dry fly pattern. Generally, he carries around 10 or 12 boxes filled with midges. One thing he likes about midges is that you are able to tie all different kinds of varieties of midges in different colors. "It’s amazing how you can go out there and actually catch fish with them," he says.

Size, shape, and color are very important in mimicking midges, however, Rick thinks that the first thing to do is to try to determine on what part of the life cycle is the fish keen on – on larva, pupa, adult, or an emerger? After that, he tries to mimic the size.

The third factor to consider is the color. Presentation is one of the most important factors in catching fish. Being able to affect that drag free drift to the fish increases your opportunities of hooking that fish since it’s mimicking the natural movement of the pupa in the water. Rick believes that trout can see colors. "The fish seem to know the difference and they will take a particular color. So I try to mimic the color as well as I can," he says.

Fly fishing midges as droppers off a dry fly is a very effective technique. If you use a larger fly on fish that are sensitive to strike indicators, then drop the midge off, it will be a deadly combination.

With regards to tippet material, Rick likes using monofilament because he feels that it is much more supple than fluorocarbon. Fluorocarbon is also a lot more expensive.

For more tips in fly fishing midges, listen to our full interview with Rick Takahashi as he shares midge secrets that you can definitely use in your fly fishing adventures. 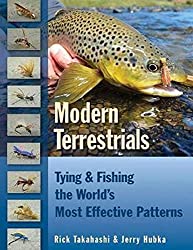 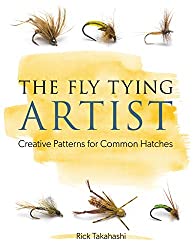