Craig Mathews has fished the Yellowstone River for over 30 years. Join us to hear Craig tell about the best strategies and tactics to use on this renowned river. 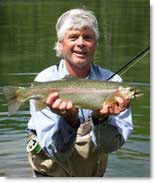 Listen to other shows with Craig Mathews…

How does it feel to fish in one of the longest undamed rivers in America – the Yellowstone? If you're up for a life-changing fly fishing adventure in this beautiful creation, then it's high time you take the plunge. Professional guide, Craig Mathews, will provide an interesting background on this beautiful tributary of the Missouri River.

Craig first came to Yellowstone, Montana in 1979 as the town's police chief. He and his wife, Jackie founded the Blue Ribbon Flies in 1980, employing handicapped fly tiers and tying flies wholesale for major retail outlets. The company opened a full-line retail store when he retired from police work in 1980. Craig authored dozens of articles for major fly fishing publications on Yellowstone fly fishing, fishing bonefish and permit, fly patterns, and more. He also authored and co-authored six books and produced Telly Award winning DVDs. Aside from that, he has developed several famous fly patterns such as the Sparkle Dun and the X-Caddis and Iris Caddis. Craig and his wife have earned many conservation and environmental awards, one of which is The Protector of Yellowstone National Park Award in 1997.

The Yellowstone River is the world's premier cutthroat fishery. It is also very famous for its prolific insect hatches and is known as one the greatest places to fish in Yellowstone Park.

The upper stretch of the Yellowstone River is still primarily a cutthroat fishery. When it leaves the Yellowstone Lake into the falls going to the town of Gardiner, it picks up additional species. From this area, you are liable to catch brown trout, rainbow trout, cutthroat, mountain white fish, and even a few brook trout.

There are a lot of whitefish in the Yellowstone. This is a good sign since the health of the river fishery is measured by the amount of whitefish. Their presence projects a very healthy fishery. Whitefish are cousins to the trout – they are very valuable species. Most people don’t target whitefish when they are nymphing, but they are hard to avoid since they take any bright colored nymph that is thrown in the river. They also take anything from stonefly nymphs to egg patterns.

The Yellowstone River below Yellowstone Falls opens with the general season in Yellowstone Park which is the Saturday of Memorial Day weekend and of course, that date varies with whatever day Memorial Day is. This year it opened the 29th of May. Generally, the river’s unfishable at that time because some of the streams are in run-off. So I don’t recommend that you come until July. The water above the falls does not open until July 15 and that is to protect those Yellowstone cutthroats spawning. So you really have to pay close attention to those regulations. And we have literally hundreds of people international as well as people from the U.S. that come every year to fish the Yellowstone Park way before season opens. So I can’t speak strongly enough. Before you plan your vacation to fish, make sure you check either with a fly shop or with Yellowstone National Park by going through their website to find out when the season starts and ends.

Anglers can experience good fishing in the Yellowstone Park, though water above the falls does not open until July 15. Generally the river is unfishable before this time because some of the streams are in run-off. This is to protect Yellowstone cutthroats. A good thing to do is to fish early in the season pre-runoff. Mother’s Day Caddis hatch, a tremendous emergence which happens around the time of the holiday – April and May, are available around the town of Livingston and upstream, all the way up to the town of Gardner. March browns, early spring mayfly, and early spring Baetis are also available during this time. The river is not crowded at this time of the year and there is also very good dry fly fishing.

There are two best times to plan a trip in the Yellowstone River; either in the pre-run off in April or the latent season in October. If you’re planning a trip to the Yellowstone, make sure that you check with either a fly shop or with the Yellowstone National Park.

Very little wading is done in the Yellowstone River, though there is a lot of float traffic during the summertime. And although there is very good wading in the Black Canyon stretches, it does require around a four-mile hike to get there. Sometimes, the wading is as little as 1.5 mile depending on what access you choose. The good thing is, there is a lot of water available to the wading angler, whether they want to dry fish or nymph in spring, summer, and fall. The usual access to the wading areas in Gardner and Livingston is any bridge site in Montana. There are a lot of access points along the river – 15 or 20 in Gardner and Livingston.

A good area to fish in the Yellowstone, especially for first timers, is directly below the lake. There will be a lot of walking and stalking and searching for fish in that area. Another good area is Black Canyon, whether it be on the Hollering Creek Trail or on the Rescue Creek Trail above the town of Gardner. These are good places to fish some rough and tumble canyon water and it’s not necessary to wade in. The fish are a little naïve so there’s a chance to catch a lot of wild cutthroat trout.

One of the best resources when locating all the different fisheries, lakes, creeks, and ponds in the Yellowstone base is to read books such as the Yellowstone Fishing Guide by Craig Mathews. The Internet is another very good option. There are a lot of websites that offer good quality information on the Yellowstone River.

Craig’s ideal weight rod to use in fishing the Yellowstone is a 9-foot-6 weight. Don’t bother with intermediate and sinking lines just use a floating line with a little bit longer leader, such as a 9-foot-4x.

On flies, a good selection of midges is recommended for 12 months out of the year, early and late season. Baetis nymphs, both beadheaded and unweighted, are also recommended during the first part of May, and blue winged olive size 22s in September and October. Different species of mayflies, parachutes, sparkle duns, and CDC patterns are great to have in the collection. Big stonefly nymphs, black and goldens, are also good to have. For streamers, woolhead, Sculpen patterns in white, grey, and olive are also recommended.

One of the reasons why the Yellowstone River is a great river for fishing is that it is a virtual insect factory, especially in the upper section. The list of important stream insects is about as long as the river itself. You will find the three most important insects here – the pale morning duns, the green drakes, and the gray drakes. You also have other mayfly emergences here such as the Baetis, rithrogeno, and huge olives; half a dozen of the most important caddis such as the Hydropsyche and the Hespero-phylax; as well as the species of brachysentrus and ryacophila.

With so much going on the river, anglers should be prepared for each emergence. The trick there, according to Craig, is to just key the time you’re going there and tick the emergences and the fly patterns.

vListen to our full interview with Craig Mathews and learn more about fly fishing the Yellowstone River. 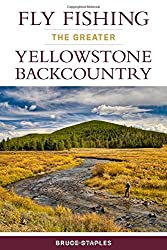 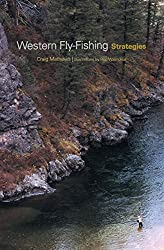