Harry Murray has been fly fishing, guiding and teaching others about smallmouth bass most of his life. You'll find his practical approach to finding and hooking up with these exciting fish an enlightening experience. Listen in and learn his secrets.

Smallmouth bass are quite fun and rewarding to catch. They have become one of the most popular game fish today. Although they are usually taken for the table, many fishermen practice catch-and-release fishing to improve fish population.

Drawing from a lifetime of smallmouth bass fishing, guiding and teaching at his angling schools, Harry Murray has developed his own approach to evaluating rivers and streams in order to find the best places to fish. He can discuss the various minnows found in smallmouth rivers, the flows that match them and the most productive techniques for fishing them. He has published eight books on fly fishing and has produced two videos and two DVDs. His articles can be seen regularly in many national fly fishing magazines. Harry, who owns and has operated Murray’s Fly Shop in Virginia for 40 years, has designed over 50 fly patterns for both trout and bass.

Smallmouth bass are the "gentleman of the warm water species", as Harry calls them. They feed in a different manner compared to the largemouth bass, a little similar to brown trout. They hide back under the banks and feed on hoppers and things drifting along. They feed on hellgrammite larvae and the dobsonfly larvae the same way the browns and the rainbows would in the Yellowstone River.

In Harry’s area in the Shenandoah River in Edinburg, Virginia, smallmouth bass often come into the tributaries to spawn at around 50 degrees which is normally around the middle of April until the middle of May.

Smallmouth bass eat almost anything; be it a hellgrammite, crayfish, sculpin, minnow, damsel, or dragonfly. Matching the natural food in the smallmouth drainages is not tough since they are always in the stream – they live in the cobblestone bottom, usually under the riffles. "They are not going to feed on the size 20 bait as nymph like a brown trout would on the spring creek. They’re going to go for a mouthful."

Harry’s favorite attractor fly is a Carolina Blue Popper, also called “The Eye”, which was developed by Bill Gallosh in Richmond, Virgina around 40 or 50 years ago. But he explained, "The blue popper is the way we go on the top, but when we go underwater, then we’re trying to match the natural foods."

Around 20 years ago, Harry concocted the Strymph, a fly that can be fished as a streamer to imitate minnows and fished as a nymph to imitate aquatic insects. He came up with the fly when he was looking for something to "simplify his hunting in the morning". The fly is very effective all across the US and you can use it to fish upstream, dead drift or fish it down and across the stream. However, he doesn’t always stick with this fly. His go-to fly is "just whatever seems to be working".

When fishing smallmouth, Harry’s standard rod is a 9-foot-7 weight, specifically Harry Wilson’s 907B, a 9-foot-7 weight with a bass action and a very strong tip. This rod is effective when fishing heavy flies like the Hellgrammites. "They are down in the water and you want to get those things up in the air, and you don’t want a wishy-washy tip on it." For bigger flies, a 4-weight is the ideal rod. Regarding line size, it has to be big enough to carry the fly size. It’s basically just the reverse. The fly size dictates the line size and the line size dictates the fly size. The length of the rod will depend on the overhead canopy.

On leaders and tippets, a 9-foot 2x is the standard size. Harry discourages going much finer than 2x. If they are a little of symmetry, they can twist your leader causing you to break off the big fish.

Breaking down a stream to find smallmouth involves a simple strategy:

Starting at the head of the stream, think about the food that’s there – primarily Hellgrammites and Sculpins. So at the head of the pool, read the water using polarized glass. This is the most valuable thing in smallmouth fishing. While you’re getting down in the middle or tail of the pool and looking out for the fish, ask yourself where the bass is going to be: "Is he going beyond that riffle? Is he going to be below that ledge? Is he going to be beside that grass bed?" Once you determined where the smallmouth is, that’s when you decide where to put your fly. Catch yourself in a position on the stream so you can wade the water effectively and fish the fly without spooking the fish.

Smallmouth bass are not wild about bright sunlight. That’s why Harry does most of his fishing from 5 p.m until 8.30 p.m. "Try to fish the middle of the river in the middle of the day in the bright sun, why, if you get them, you’re going to earn them."

On the other hand, "if you’ve got a cobblestone bottom water waist-deep, shaded bank, you should be able to take those bass all day long."

Listen to our full interview with Harry Murray and learn more strategies on fly fishing streams for smallmouth bass. 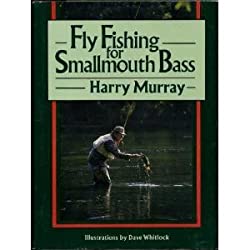 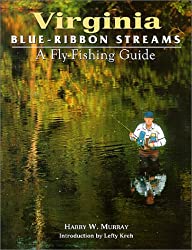 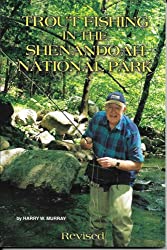