Tom Rosenbauer has mastered the strategies and techniques necessary to be productive on small streams. Listen in to learn his secrets. 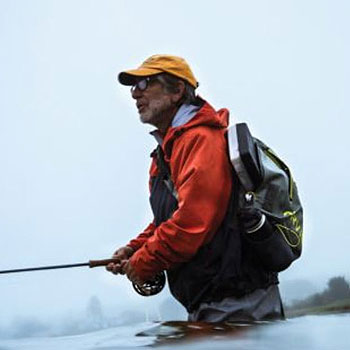 Listen to other shows with Tom Rosenbauer…

There will come a time in the life of every fly fisher when they are asked one pertinent question: “What’s in your fly box?” The answer to that question will tell you a lot about the owner of that fly box. One peek and you’ll know right away just where they like to fish and what they like to fish for. Fishing school instructor, writer and Orvis Company man Tom Rosenbauer always has three flies in his box. They would be a Parachute Adams, a Stimulator and a Bead Head Pheasant Tail. That should tell you that Tom prefers fly fishing in small streams. In fact, he’s so good at this he could write a book on the subject and he did just that! The Orvis Guide to Small Stream Fishing is the latest in a long line of published work by Tom to help fly fishers of all stripes improve their game.

What defines a small stream is rather subjective. Tom considers a small stream to be about the width of a single lane of highway. This should be a spot that doesn’t get fished a lot. In fact, if Tom comes across a stream and there is already an angler casting, he’ll give a friendly wave and head down the road. The beauty of fishing a small stream is being alone; just you, your rod, your flies and the fish.

The thing about small stream fishing is that there isn’t a lot of water born food for the fish. Instead, the fish rely on terrestrial insects from above. When your diet consists of terrestrials you’re not going to be very picky. A trout might munch on an ant one minute and moments later gobble up a grasshopper. Pretty much whatever looks remotely edible they’re going to go for which is what makes the Parachute Adams or Stimulator so appealing to the denizens of a small stream.

That’s not to say that Tom isn’t always on the lookout for a change in eating habits. In the past couple of years there was an infestation of land snails around Tom’s backyard stream. Tom doesn’t mind sharing this spot with fellow fishers; he just has a small request. If they catch anything he wants to check out the stomach contents. As Tom tells the story, sometimes an investigation like this doesn’t always pan out. “So this guy got a 22-inch brown trout on my backyard last year and we brought it up the house and we cut open his stomach and he was full of these snails, so I tied up a perfect imitation of that snail and I fished it all summer,” Tom says. “And I couldn’t buy a fish on it!”

As for the perfect small stream spot, Tom suggests you let the temperature be your guide. If you can find a stream that is below 70 degrees on a hot summer day, commence to casting. This is a trout zone. In terms of the optimum rod, Tom thinks a 7 ½ foot, 4 or 5 weight rod is the best choice for small streams. When you cast it should be really short and just an overhead cast up, down, fish it; repeat. With a roll cast it’s the same procedures just no false casting. In his book, Tom details a special bow-and-arrow cast that has never been shown in print which apparently is well suited for small stream.

When you come upon the small stream, approach is carefully. You’re almost quietly sneaking up on the spot. Take it in. Look at the surroundings for signs of bugs and above all else make sure you’re not casting a long shadow. A small stream is a delicate environment and the fish are extra diligent on observing movements and noises. If you have to hide behind a rock then so be it! As any patient fly fisher knows, you’ll be rewarded for your efforts. 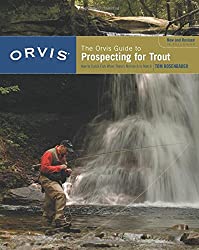 The Orvis Guide to Prospecting for Trout: How to Catch Fish When There's No Hatch to Match, Revised Edition 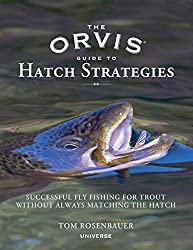 The Orvis Guide to Hatch Strategies: Successful Fly Fishing for Trout Without Always Matching the Hatch 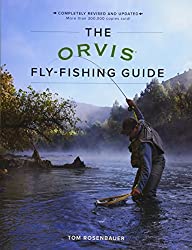 Fly Fishing for Trout: The Next Level