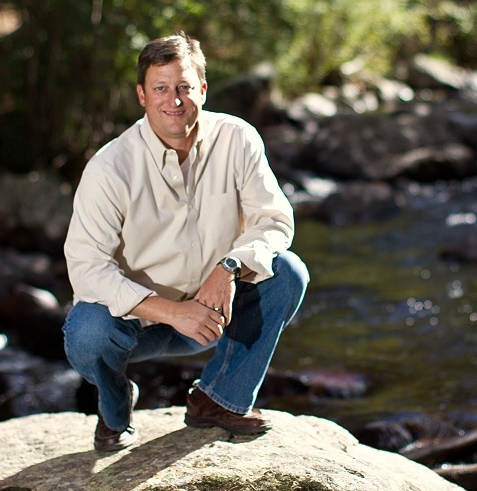 Listen to other shows with Steve Schweitzer…

To truly appreciate our idyllic national park system, you need to go back to its first champion: Teddy Roosevelt. Before becoming president, Teddy was an avid outdoorsman who enjoyed hunting and fishing all around the globe, but especially in his own American backyard. Thanks to the mighty power of the executive order, President Roosevelt was able to designate thousands of acres of American wilderness as protected national parks. One of the most popular destinations for hikers, campers and fly fishers is the Rocky Mountain National Park which came into being from the president that followed Teddy, Woodrow Wilson. The park is situated in north central Colorado less than two hours drive from Denver. It’s about 1/12th of the size of another popular national park, Yellowstone yet still receives about 3 million visitors every year.

The Rocky Mountain National Park is a sprawling landscape of ponds, streams, rivers, lakes and trails cutting through all kinds of altitudes and terrains. To find the best areas for fly fishing you should turn to an expert on the park and that would be Steve Schweitzer. Steve literally wrote the book on this topic. His A Fly Fishing Guide to Rocky Mountain National Park was published in 2011 and has already become the “must have” volume for any fly fisher who is serious about get the most out of a fishing trip to the Rocky Mountains.

Planning is key for any fly fishing trip. As Steve explains, the two seasons for the Rocky Mountain National Park are ice-out to ice-in which is May through November or ice-in to ice-out which is late November to early May. For fly fishers you’ll definitely want ice-out to ice-in! If you’re setting out at the beginning of this timeframe, Steve cautions that you be wary of deep snow banks. These might look like they can be cross, but the snow becomes very unstable once you hit the spring months. Among the zones in the Rocky Mountain National Park that you can fly fish in are the Long Draw Reservoir and Corral creak along the southern trail, Kawuneeche Valley on the western side and Moraine Park along the east. And those just the top of list zones, so to speak!

You’ll also have the option to walk five minutes or two hours to find your perfect spot. Steve recommends picking your spot and heading there before you bust out the rod. It will be tempting to stop along the way, but then you’d be missing all the fun of the hiking adventure. Keep in mind that float tubes and hard crafts like kayaks or canoes are allowed into Rocky Mountain National Park, but you won’t hear a motor: they’re strictly forbidden. Most fly fishers prefer going with old school method of “walk and wade.”

As for gear, Steve advises that a 9-foot, 5-weight for the lakes or a 7-foot, 3 weight for the streams are a good pick. In terms of flies, Steve has five favorites that you’ll always find him carrying into the park. These are size 14 caddis dry, a 12 or 14 size hopper pattern, an ant, a Wooley Bugger and a size 18 midge. Fly fishing in the Rocky Mountain National Park is a rewarding experience whether you’re just starting out or you’re a seasoned pro. Just make sure you get your guide book first; you don’t want to get caught in the Rockies without that!